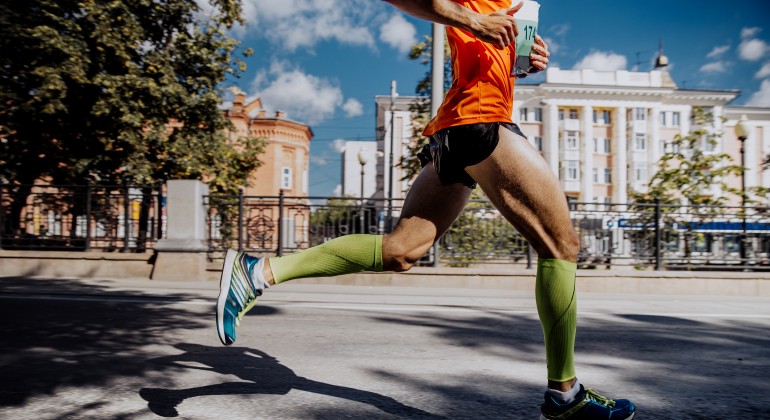 With the warmer weather and longer days, a lot of us a getting back into running after a winter of hibernating. This is fantastic on so many levels, but also reintroduces us to some olds friends including DOMS (Delayed Onset Muscle Soreness). DOMS is the normal soreness that develops in muscles after heavy exercise. It usually appears the day after exercise, is worse on day 2, and typically gone by day 4.

There is a lot of conjecture about what we can do to prevent or minimise DOMS from running, so today we look at some research into the role of compression socks.

Ali, Caine and Snow (2007) looked at the effect of wearing graduated compression socks on DOMS after a 10km run and after short distance, interval running. They found a significant reduction in DOMS at 24 hours in the group wearing compression socks. They did not look at the mechanism of the improvement, but suggested that it may have been due to the compression reducing muscle damage. They also discussed the additional benefits that compression sock give of improving circulation and reducing lactate pooling.

So, Will compression socks help me be a better runner? My answer is probably (there's more to it).... Less soreness can mean a quicker recovery, and a quicker recovery means less time before your next training run.

Kinetic Sports Physiotherapy stocks a full range of compression socks that can be used for running, swelling management, flights and just to help you not get sore legs if you stand all day at work. We stock black socks as standard and can order specific colours. 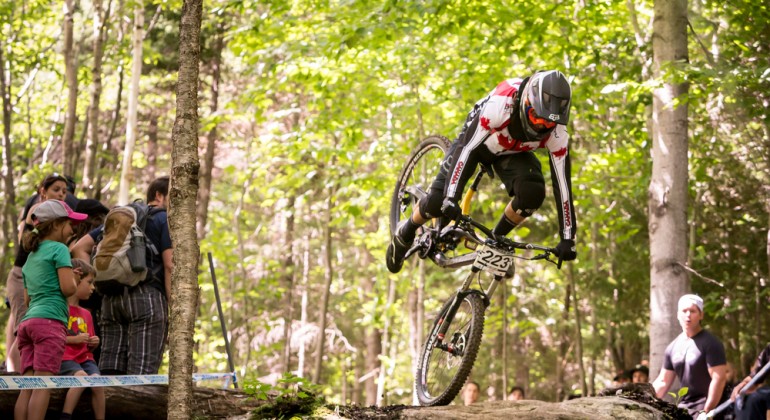 With two major crashes within 24 hrs of each other at the Rio Olympic games cycling events, we look at what a helmet actually does to limit injury.

A nasty crash involving a Dutch woman, who was leading her race, has resulted in three spinal fractures and a heavy concussion. The rider, Van Vleuten, had a helmet on, and still sustained this heavy concussion- so where did the helmet help?

The helmet protects against skull fractures, the outer ‘shell’ of the brain and bleeding inside the skull. The brain is suspended within this skull in a protective cerebrospinal fluid. So what can the helmet do to protect the brain?

In a cycling crash like we saw at Rio or a blow in boxing, the brain can slide forwards and backwards violently- referred to as a ‘translational’ force; or, the brain can rotate and twist- all dependent on the line of force & head movement.

A helmet aims to dissipate force and can limit translational force; but isn’t as effective against rotational movements- which interestingly, researchers believe are responsible for concussions.As such, many current researchers and helmet manufacturers are working together to develop helmets that have components which slide against each other, in an aim to control the rotational forces. 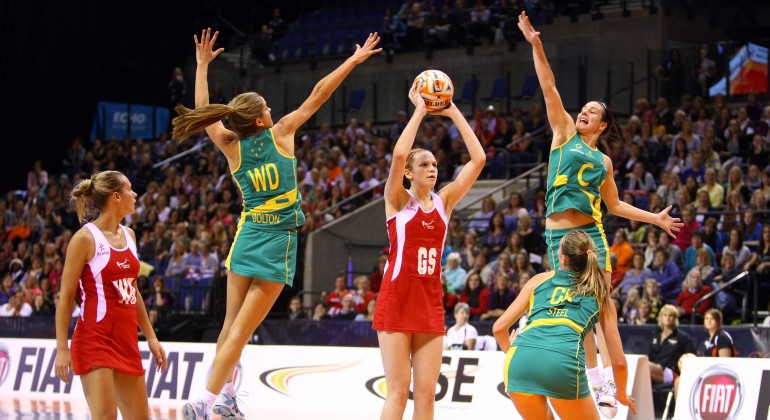 With knee and ankle injuries accounting for 85 percent of all injuries sustained to Australian netballers, a new injury prevention resource has been created- K.N.E.E- designed by Alanna Antcliff, Netball Australia’s head physiotherapist, and they are aiming to drop serious knee injuries by 70 precent.

According to the national insurance data- ankle injuries make up 40 percent, whereas knee injuries- most of them occurring on landing- account for 45 precent. It is further estimated that Anterior Cruciate Ligament (ACL) injuries alone average 25 percent of total injuries sustained by Australian Netballers, and are also the costliest with prolonged rehabilitation and time away from sport.

The KNEE program, aims to identify risky movement patterns, modify and correct them. By correcting these movements, strengthening the muscles it reinforces superior technique. It is designed as a warm up and directed towards three groups- juniors, recreational & elite level athletes.

The  KNEE program can be found at www.knee.netball.com.au. At Kinetic, we can assess your injury risk and develop a customised exercise program to minimise your risk of injury and help you perform at your best.